The trends of Austin’s serious and fatal crashes involving children. 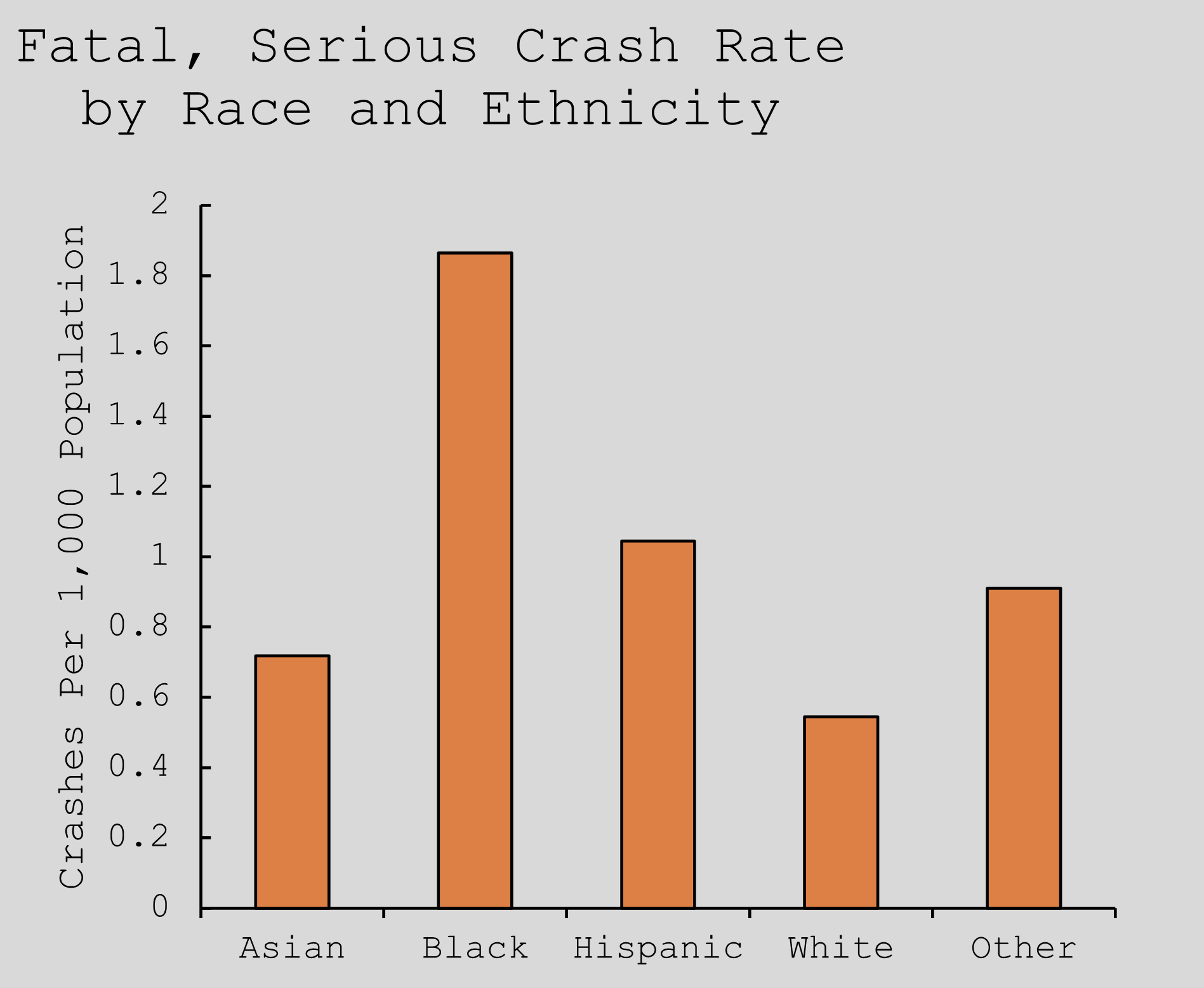 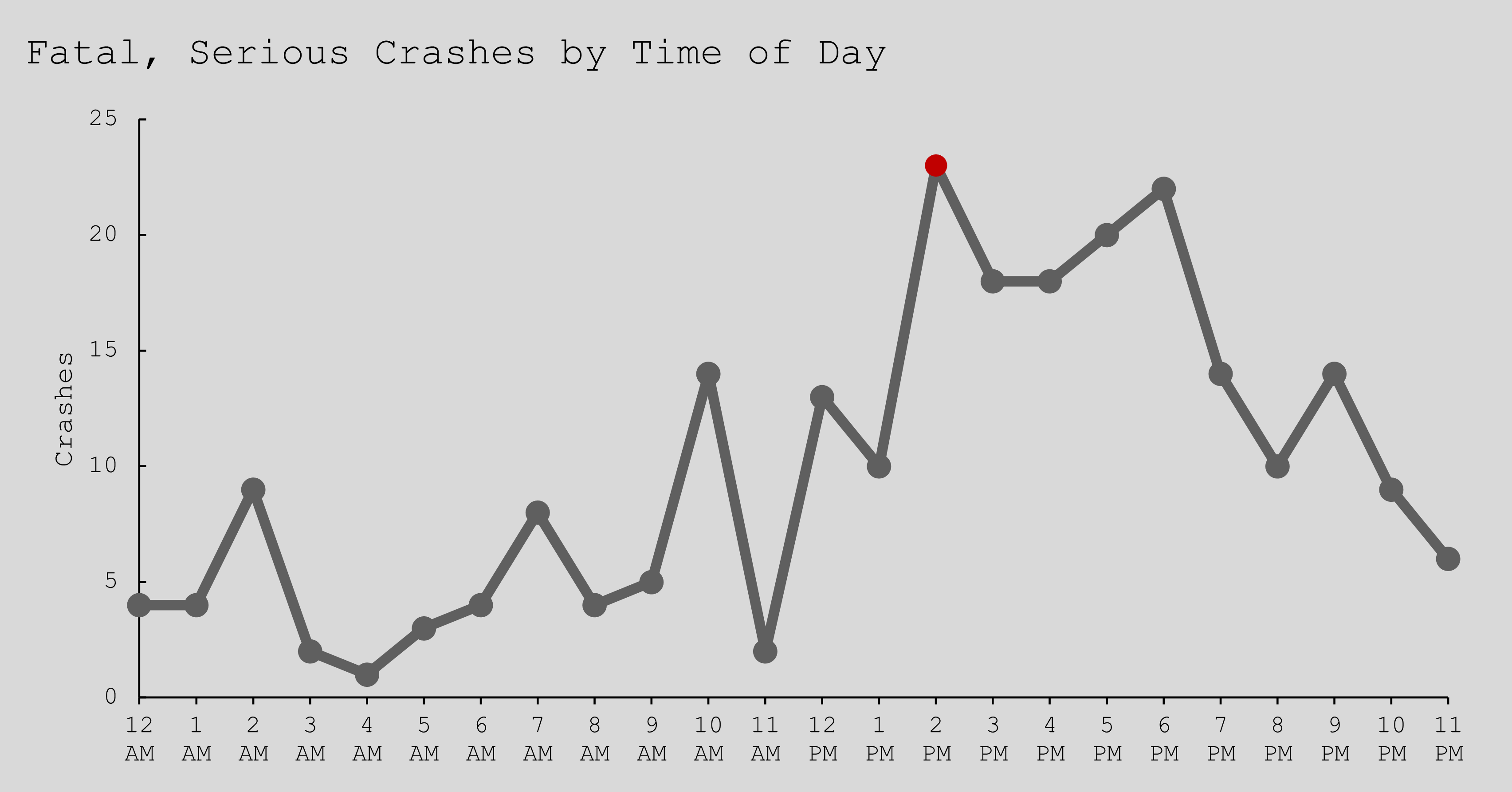 The peak time of day for serious or fatal crashes is 2PM. This coincides with many elementary school release times here in Texas. The commute to school (6-8AM) is not as noticeable. 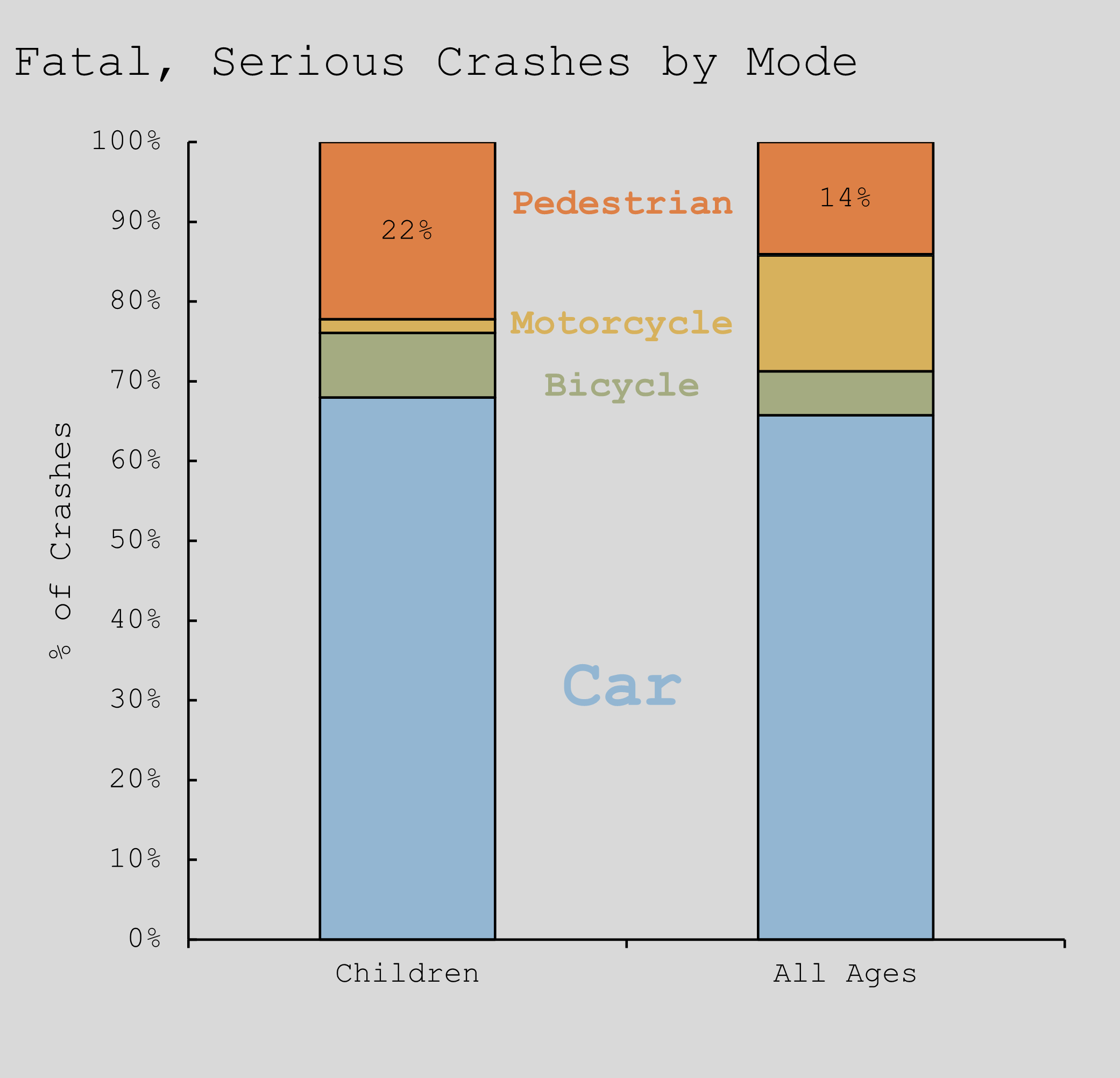 Children are much more likely to be seriously injured or killed in pedestrian crashes. 30% of of all child serious/fatal crashes are pedestrian or bicyclist.

Austin’s crash data is maintained by TxDOT and the City of Austin. See their Vision Zero Data viewer here

I’ve defined “child” as someone under the age of 16. For demographic data, I used the Texas Demographic Center’s Population Estimates for Travis County.

Check out the Github repo here