We should think carefully about our relationship with our curb space.

Two weeks ago, I participated in Park(ing) Day. Where for a day, I turned two parking spots in front of my apartment into a public park. The event calls for us be mindful of the type of use of our public spaces. 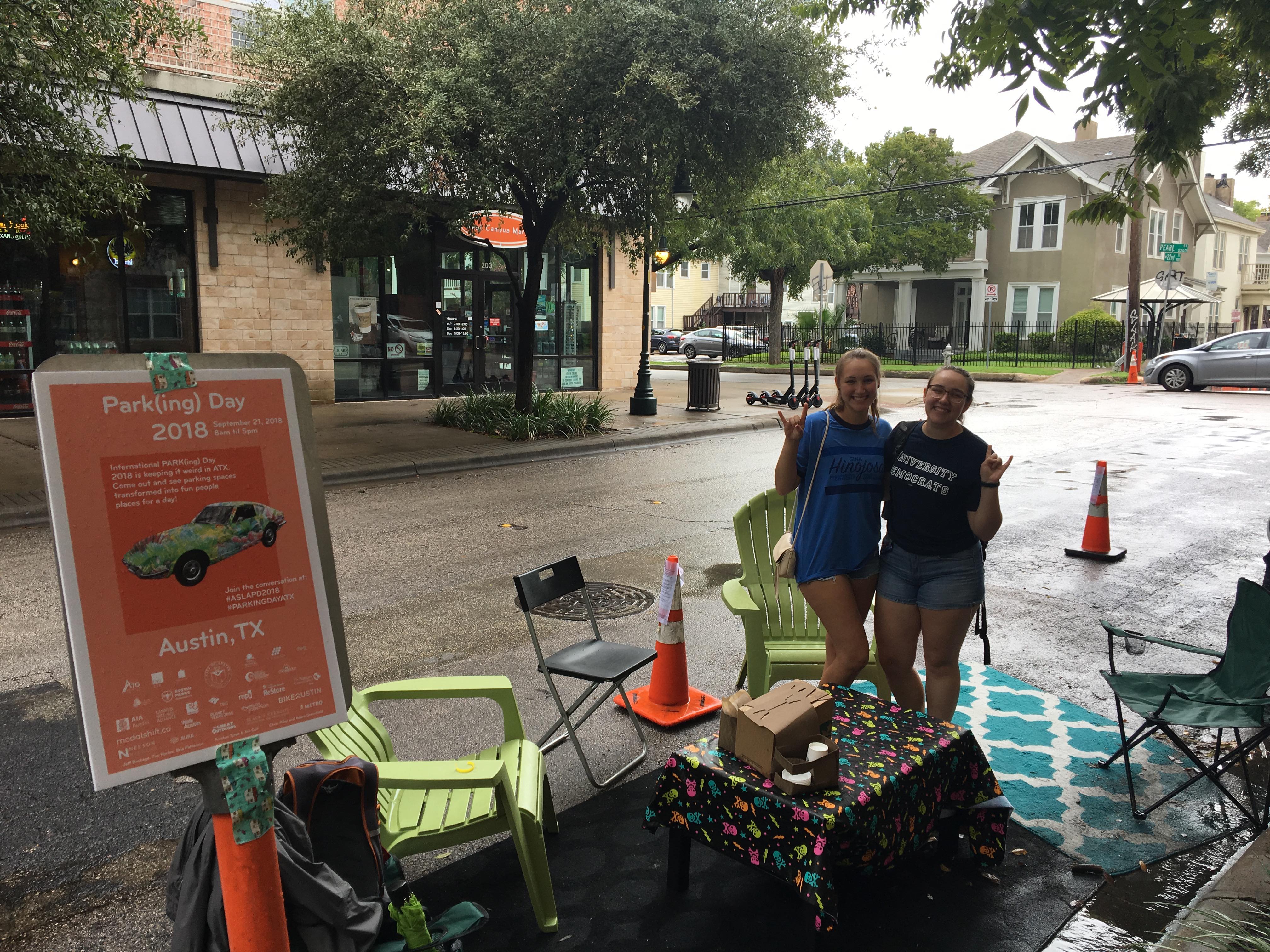 Around town and around the world people were temporarily transforming machine space into people space. 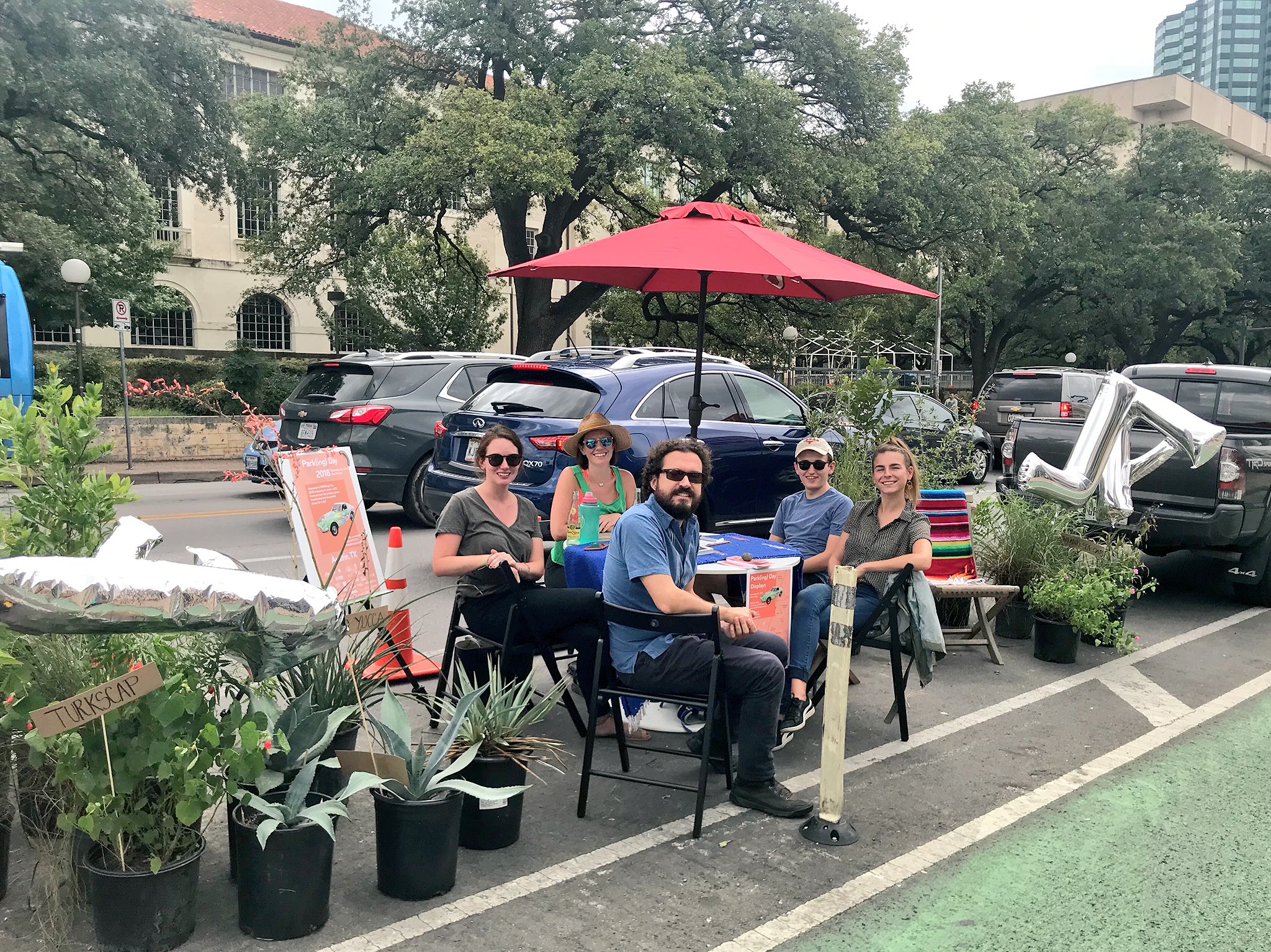 According to a study from the Downtown Austin Alliance, there are over 71,500 parking spaces downtown with 9% being on-street. What else could we do with 6500 on-street parking spaces in downtown?

Parking spaces vary in size and type, but for sake of argument I measured a space along 5th street: 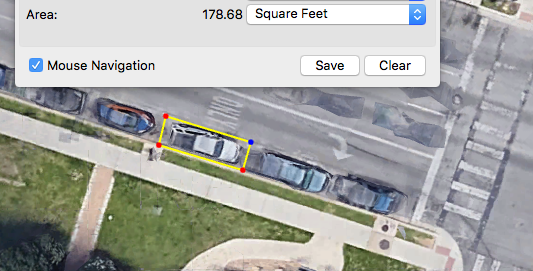 This means there are 1.1 million square feet of on-street parking in downtown Austin.

A 1.1 million square foot park would be the 85th largest park in the city. It would be similar in size to Govale Neighborhood Park. 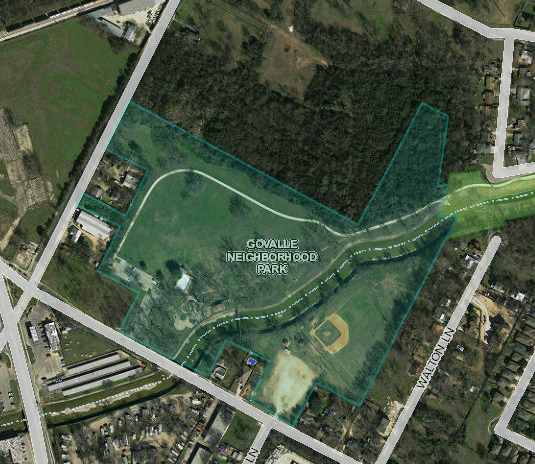 Assuming an average 30 foot long parallel parking space, we could replace all of the on-street parking spaces with 37 miles of bicycle lanes. As of 2014, there are 210 miles of bike lanes in Austin.

The parking study from the Downtown Austin Alliance also found that the average length of stay in a parking space exceeded well over an hour and a half. The cars parked around (and inside) of our parklet on Park(ing) Day were there for well past the 5 hour time limit. When this space is only occupied by one person per hour, we aren’t seeing the best use of the city’s right-of-way.

Almost all businesses need deliveries, and on 6th street many delivery trucks simply stand in the left or right travel lane blocking traffic in order to make deliveries. This also occurs nightly along Guadalupe street near the UT campus. Both of these streets have on-street parking, which is almost always occupied when deliveries are made. Are on-street delivery zones a good use of the city’s curb space?

TNCs (Uber, Lyft, ect.) frequently pick up and drop off passengers in the right travel lane blocking traffic while the curb space is occupied by parked cars. This is dangerous, and we should ask ourselves if it is the best use of our city’s valuable curb space.

The modern curb is an incredibly busy place. The disruptive mobility technology changes over the past decade have made this even more clear. On-street parking is rarely the best use for curbs in an urban area like downtown Austin. 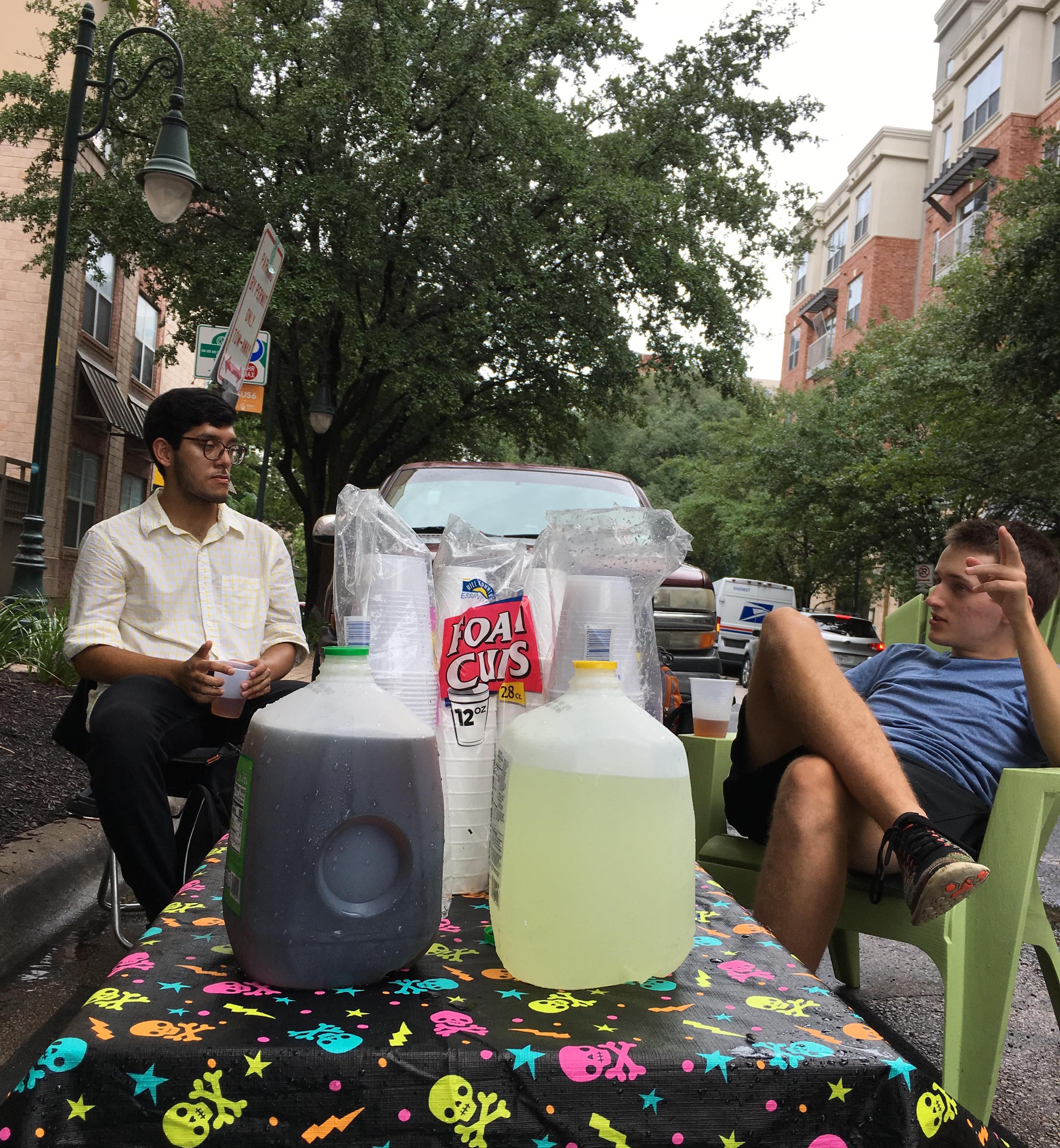